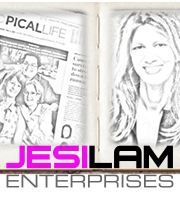 Defining Identity with the Binary Definition of Gender

Obviously the binary definition needs to be expanded… for truly, what is binary in today’s world? Nature is filled with an amalgam of diverse species and breeds. And there are so many labels we could assign, and so many walks of life throughout humankind… What is Male? What is Female? What if it’s both? What if it’s neither? And what is the norm? And then there’s the fact that everyone may have different opinions on what they feel is “normal”.

Normal. The definition of this is to “conform” to the standard or the common type; usual; not abnormal; regular; natural. So what is “normal”? That is quite the question. According to the definition, it can be fluid. Normal yesterday, may not be so normal today or vice versa, therefore the answer has evolved over time. The standard changes. (Just as the “church” and “organized religion” has changed to relate with the modern era, and perhaps interpreting its purpose and vision in today’s world based on ancient scriptures from history that is so vastly different than now). When you get down to the science and philosophy of it all, why limit ourselves into this thinking? Nothing on our planet is apparently “black or white”, it’s more than just two parts, just look at culture, and it’s diverse and always changing. There’s more to just the binary definition of gender.

What about tomorrow? So who’s to say or predict 100 years from now that it may be “normal” to choose your gender or perhaps define no gender at all? After all, in today’s technology, there exists the possibility of choosing the gender of your child; but what if we choose wrong? What if the child chooses to identify differently when he/she has grown? Is this morally correct in the natural order of things? (But that is another topic of discussion). But life and the world around us continue to move forward, and we should be free to decide how we live it… so long as it does not harm another or yourself.

So to get back to the question at hand… how would I define, “how I identified/identify with my gender”? Would that be now? Or when I was younger? I suppose to begin to answer this question I would start by stating that at a young age it was made clear to me that I was a boy. I would also have to state that my gender identity evolved for me over time. There was this inner conflict. And somewhere inside me, I felt maybe I should have been a girl; perhaps just a thought, but a thought that I carried the rest of my life. What defined me between my legs did not correspond with what I necessarily felt. But I was loved by my parents, given a good home and proper upbringing. And I adjusted… adjusted to the best I could to conform to what society, or how my parents taught me to believe. I suppose they didn’t know any better, and perhaps they were never educated in the idea that there may be a difference. Therefore they could only act with what they knew and what they thought was in my best interest and to what the world, at the time, would consider “normal”.

So growing up, there was a clear definition as to “what a boy was” and “what was a girl”. And oddly enough, my interpretation at a young age wasn’t necessarily about “what was between my legs”. Although what was there, gave the “social cue” as to how I was supposed to behave or to be. Boys were on one side… girls were on the other. But on the scale, I stood somewhere in the middle. I wasn’t completely clear, how could I be? I was a child.

But I knew how I felt. And on a deeper level, I suppose “I did know”, but just didn’t have the confidence to open up about it. So this made me a “shy boy”, or maybe an embarrassed little girl who couldn’t come out to play. But my underlying emotion was fear, fear of how those around me would respond to an altered reality. So I hid those thoughts of being someone other than what my “unmentionables” would have me be. I hadn’t considered that I might not be a boy, because it wasn’t necessarily an option; “I was born that way”. And thinking anything otherwise had not been introduced to me until I became much older, when I came to discover this on my own.

So as I continued living with the thought, I questioned… which “way” was I born then? Living with the notion of which gender am I, was not so clearly defined until someone told me. Identifying with a gender which was not assigned to me at birth was not/is not “socially acceptable” by the general public. Was it a mistake then? But how could my parents possibly know? They could not know until I could define it for them or when society would reveal it to them, and then the question is… can they understand? Would they accept another truth that is not the socially acceptable? Especially with their child, and how do I explain it?

I was fascinated by the feminine thought process, the female appearance. I clearly wanted to identify more like other girls… and when I saw pictures, and looked towards role models… I gravitated more to the female identity, but only in secret. My clandestine thoughts were that I might be a “Tom-boy”. I had many male influences. And I suppose for the most part I enjoyed my childhood as a boy, (or maybe I should say just my childhood, period. I mean what is gender, right?). There were male characters I wanted to try to be like… and not just girls. So clearly it wasn’t so definite, was it? But I am what I am, I know what I know. The bottom line is that there are girls who look up to boys and boys who look up to girls. Doesn’t mean it has to be so apparent. Just means there were qualities I wanted to try emulate, and maybe not so much the gender distinction.

So where did my influences come from? Besides my Mom and Dad, I had heroes like Hans Solo from Star Wars, Captain Kirk of Star Trek, Christopher Reeves as Superman, and Adam West as Batman (all pretty much “alpha males”, well maybe not Adam West in those tights)… but then there were other role models that I kept secret… Lynda Carter as Wonder Woman, Princess Leia of Star Wars, and maybe even Daisy Duke of the Dukes of Hazzard (all these women signified a kind of “girl-power”). And I also enjoyed television shows which had “fantasy elements”; shows such as “Bewitched” with Elizabeth Montgomery and “I Dream of Jeannie” with Barbara Eden. The fantasy world of these programs, and others like it, did not clearly characterize “Normal”, but rather tried to change the idea and allow the process to conform to today’s world. After all, Jeannie could turn a boy into a girl by a blink of the eye… and Samantha could wrinkle her nose and change the reality around you. My influences came from fantastic or tragic backgrounds, overcoming giant odds and all trying to fit into today’s world.

Even though I was what some would consider “a boy”. I was a conflicted little boy and a confused teenager searching for my identity. I don’t know where the thought began, but I became the cliché in feeling that I was, “trapped” in a gender that I did not feel truly fit me. I wanted to be a girl, but my body said I was a boy. So perhaps I have been in transition my whole life. It’s subjective I suppose. We are all born with a journey to take… mine was into discovering my real gender.

But what if that decision had been made for me at a young age? Let’s assume that my parents would have been educated and progressive enough to decide to allow me to become the gender I felt I was… that I am now. What would have been my childhood? And how would my life be vastly different? Maybe I could have been a girl my whole life and not just a girl that grew up like a boy, who now lives as a girl or more actually, a woman now. I was not allowed the experiences that a young girl would live through in her rites of passage into womanhood. No, that came much later for me, and I was an adult. So was I deprived of this experience?

Alas, my soul, regardless of my upbringing or circumstance was always female… it was the circumstances and time that I lived through that created my experience. My transition was a successful one today and maybe because of how I was raised. But perhaps my journey could have been an easier one. Although, either way, it may not have been easier… either way there was a journey to make. I suppose, all I could ask for is to be loved and accepted.

So the short answer to this question is: the binary definition would not fit my circumstance. I lived both male and female… and in the end lived both experiences… even though through it all, I have always felt that I identified in the opposite gender than that of my genetic birth.

Previous Post:
← “Nail in the Fence” Parable
Next Post:
Commemorating a rite passage from one gender to another →